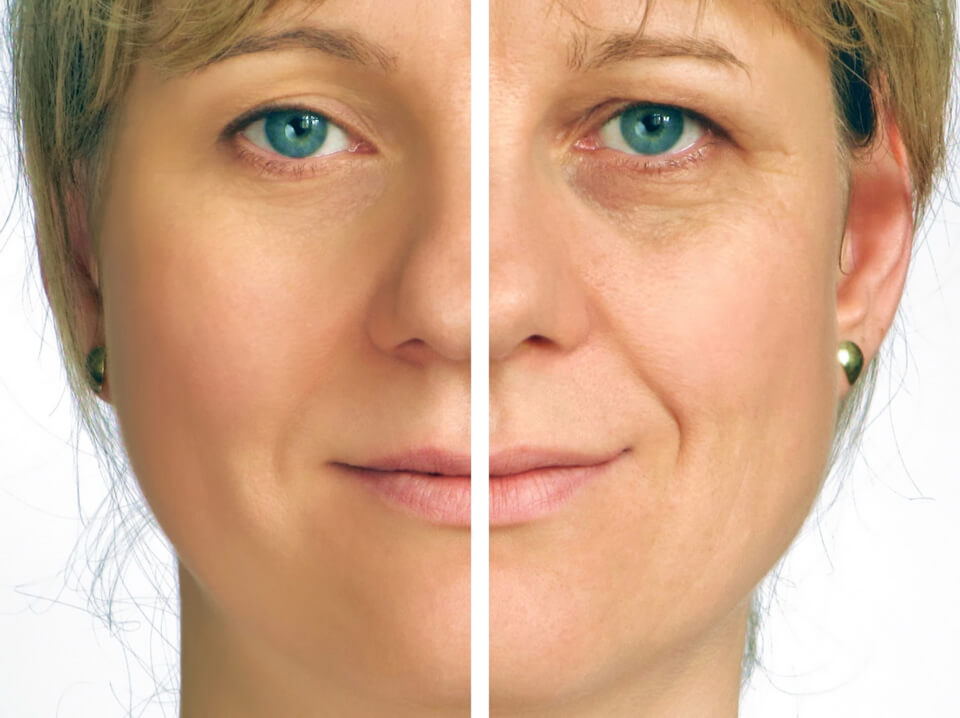 Injectables offer a quick, relatively painless treatment option to lessen the visibility of a wrinkle. The effect of injectables is not permanent but lasts as long as the injected substance is functional. Though wrinkles used to be considered the mark of wisdom and experience, they are not appreciated in twenty-first century America.

As we age and as a result of environmental factors, the dermis loses its volume and the quantity of its structural fibers are decreased. These include collagen fibers, elastin fibers, as well as the quantity of Gags. The end result of this aging process is that the epidermis thickens and the dermis thins, so the skin literally falls in on itself producing a crevice. Thus the wrinkle is born.

There are 2 basic types of injectables; paralyzing agents and fillers. Paralyzing agents stop superficial muscles in the face from moving. Fillers actually fill in the wrinkle crevice. The superficial muscles of the face are in some areas, directly attached to the skin. Their movement causes the skin to fold on itself and accentuate a wrinkle. This can be seen in numerous areas throughout the face such as the crow’s feet around the eyes, the transverse wrinkles of the forehead, and the “11’s” between the eyes. Thus a paralyzing agent, if meticulously injected into these muscle fibers, will stop the muscle from contracting and lessen the depth of the wrinkle. Superficial wrinkles may even disappear while the agent is working. There are three paralyzing agents on the market: Botox, Dysport, and now Xeomin. These products last typically for 3-4 months.

Fillers have a long history. The first ones were made of bovine (cow) collagen. Patients required pretreatment allergic testing to determine if they were candidates. The collagen once injected into the wrinkle, would start to dissolve and would last for 2-3 months. The FDA has approved numerous filler products and the latest typically last 6 months to a year. Different physicians have different favorites. Juvederm, preferred by Dr. Schneider, is a cross-linked hyaluronic acid (skin protein) that typically lasts 8-12 months and is relatively comfortable to inject. It does not require pretreatment testing. Once injected, the filler plumps up the wrinkle and makes it less noticeable. Fillers can typically be used throughout the face including the brow, crow’s feet, parentheses lines, and wrinkles around the mouth and chin.

Sign up for our newsletter to find out about office events, discounts, and the latest in plastic surgery.